27 September 2020, Abu Dhabi - UAE’s General Women’s Union today announced that the Women Peace and Security Training Programme has been renamed the “Sheikha Fatima bint Mubarak Women Peace and Security Initiative”, demonstrating the highest level of political support to the programme. Against the backdrop of rising conflict globally, the landmark training programme builds women’s capacity in the military and peacekeeping sectors and is sponsored by the UAE government and hosted by the Khawla bint Al Azwar Military School in Abu Dhabi.

Under the patronage of Her Highness Sheikha Fatima bint Mubarak, Chairwoman of the General Women's Union, (GWU), President of the Supreme Council for Motherhood and Childhood, and Supreme Chairwoman of the Family Development Foundation, the programme was established in September 2018 by the UAE’s Ministry of Defense and General Women’s Union to build and develop the capabilities of women in the military and peacekeeping sectors in September 2018. UN Women plays a key role in providing support and engagement on standard-setting and capacity support in the area of Women, Peace and Security. The signing of an agreement which memorialized this collaboration was witnessed by Sheikh Abdullah bin Zayed Al Nahyan, Minister of Foreign Affairs and International Cooperation of the United Arab Emirates, during his visit to New York to lead the UAE’s participation at the 73rd United Nations General Assembly.

The Sheikha Fatima bint Mubarak Women Peace and Security Initiative aims to boost the participation of women in peace and security sectors, increase the number of women qualified to work in the military sector and create support networks for women working in the military around the world. The initiative also advances the strategic objectives of UN Security Council Resolution 1325, that recognized for the first time the inextricable link between gender equality and women’s participation in international peace and security and highlighted the critical role of women's full and equal participation in conflict resolution, peacebuilding, and peacekeeping.

Speaking on the occasion, Her Excellency Noura Al Suwaidi, Director-General of the General Women’s Union, said “It is an immense honour for this pioneering training programme to carry Sheikha Fatima bint Mubarak’s name. The programme has achieved exceptional success within two years of its establishment and has been praised by UN Women. It is unique in the sense that we have the UAE Armed Forces manage and deliver the training of women from several countries in the region and beyond. This is a testament to the UAE’s commitment to women’s empowerment across all sectors and our committed contribution to advancing the agenda of Women, Peace and Security.”

Phumzile Mlambo-Ngcuka, UN Under Secretary-General and Executive Director of UN Women, added “I have been greatly impressed by the success of the Women, Peace and Security Training Programme that can train our next generation of women leaders across Africa, Asia and the Middle East in the military and peacekeeping sector. UN Women is proud to support this unique effort as a key partner by bringing its expertise on women, peace and security to this programme. Evidence shows that women’s engagement in conflict resolution and peacebuilding results in longer lasting peace. It is essential for the effectiveness of security forces that they build their knowledge and understanding of gender equality and women’s rights.”

The first round of the programme was launched in January 2019 with the participation of 134 Arab women from seven countries. After the success of the first round, the scope of participation was expanded to include countries from Africa and Asia. The second round of the programme was launched with 223 women from 11 African, Asian and Arab countries in January 2020. The participants completed their training programme in April 2020. 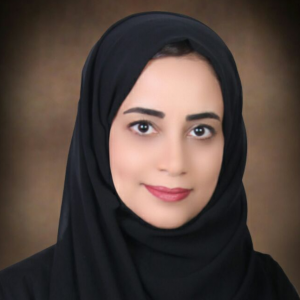 UN Women
Director - UAE Liaison Office for the GCC
mouza.alshehhi@unwomen.org
twitter
As Director of the UN Women-UAE Liaison Office for the GCC since 2016, Dr. Mouza drives efforts to advance gender equality and women’s empowerment in the UAE, GCC, and globally. Prior to this, she served as the Senior Adviser and International Representative to the General Women’s Union, the UAE’s primary organization dedicated to gender equality and women’s empowerment. Dr. Mouza also served as a Lieutenant Colonel in the UAE Armed Forces National Service and Reserve Authority. She holds an M.D. from Arabian Gulf University in Bahrain, an MSc in Sports Medicine from Queen Mary, University of London, and a Research Medical Doctorate from Queen Mary, University of London.
Read more

UN entities involved in this initiative

Goals we are supporting through this initiative